Below are some of our favourite entries: 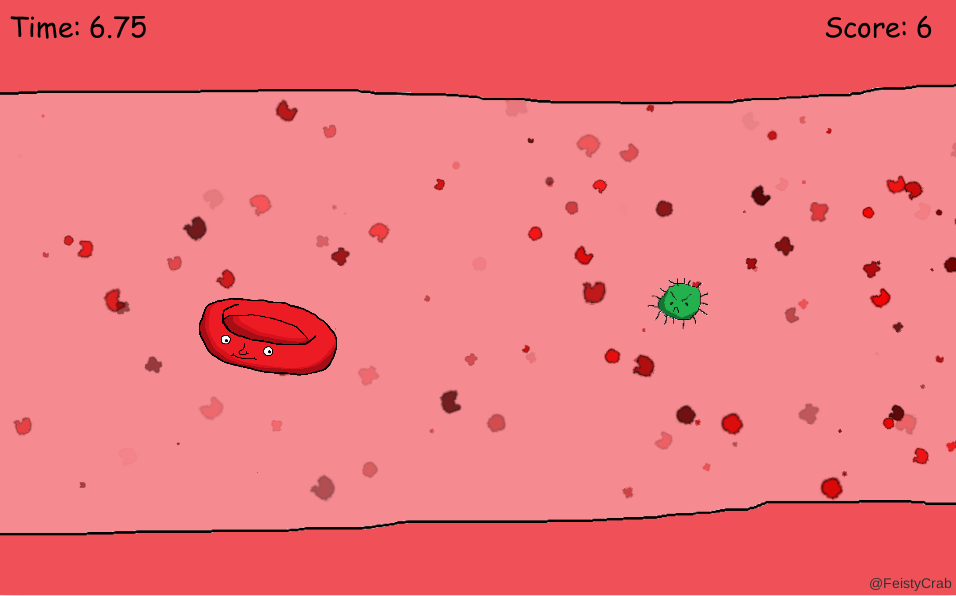 Cell Mate is an infinite side scrolling game similar to Copter, in which you play as a red blood cell and you have to avoid nasty green germs. Along the way you can pick up pills that give you little white blood cell friends that orbit you and act like a shield against the germs. You score points by lasting for as long as you can but be careful the game gets harder to longer you live! 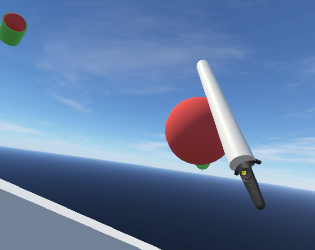 Podium Bash is a local multiplayer VR game for the HTC Vive. In it the VR player stands atop a podium holding a bat and a shield. This player is tasked with staying on top of the podium for as long as possible. Two players, who are not in VR, use standard controllers to shoot balls at the player on the podium trying to knock him off as quickly as possible.

Emoji Plinko is a simple game in which tokens fall into a box. The player has 10 seconds to click as many cat emojis as possible while avoiding tokens with dog emojis on them.

Mine Exploder is a game where the player has to click on the mine to gain a point. If 5 seconds pass, the mine explodes and the player loses 2 points. Each time a mine is clicked, two more appear. The player has 15 seconds to get as many points as possible.